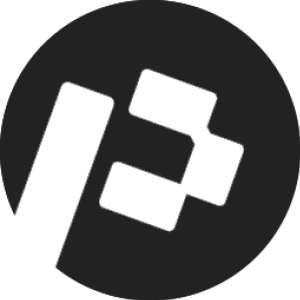 Corn
With near perfect growing conditions, the corn crop is forecasted to be a record based on record yields. Total use in food and feed, ethanol, and exports are forecasted up only minimally, resulting in projected ending stock levels that could be the highest in 10 years. Current futures prices reflect this situation with prices ranging from $3.25 to $3.61 per bushel through the 2014 / 2015 crop year (September 2015). For perspective, this is down from a high this year of $5.15 per bushel in late April.

Soy Complex
Similar to corn, the soybean crop is also forecasted to be a record based on excellent growing conditions and record yields. In addition, global oilseed production is also forecasted for record production resulting in high stock levels, putting even more pressure on prices. Futures prices are all below $10/bushel which is the lowest bean prices have been in 4 years, and compares to the high this year of $15.30/bushel in late April.

Soybean oil future prices have fallen to a range of $.32 to $.34/lb., which is down substantially from a 2014 high of $.44/lb. early in the year. Soybean meal future prices are all near $300/ton, down from a 2014 high of $506/ton in early June. Cash meal prices had been volatile and close to $400/ton until just the last few weeks ago due to strong export demand; but prices have since fallen dramatically to the $300/ton level in September as we get closer to new crop availability.

Wheat
There are different varieties of wheat grown at different times of the year, but in general, U.S. wheat crops are doing well. World wheat production is forecasted at a record level. Similar to corn and soybean markets, US wheat prices are at a 4 year low. The futures price of wheat on the Chicago Board of Trade (Soft Red Winter Wheat) ranges from $4.80 to $5.20/bushel, which is down from a recent high of $7.32/bushel in early June.

Sugar
The U.S. sugar supply is seasonably tight as we transition from one crop year to the next. The tightness in overall sugar supply, combined with the curtailing of imports from Mexico, continues to pressure the U.S. sugar price. Historically, the price of U.S. sugar is higher than world sugar markets; however with the establishment of NAFTA (which allowed Mexico to export sugar to the U.S. without quota and tariff restrictions), Mexico sugar imports had been keeping U.S. prices closer to world sugar prices. Recently U.S. producers brought anti-dumping charges against the Mexico, although with Mexico’s current tight supplies it has been limiting exports to the U.S. Thus Mexico’s forecasted lower sugar imports are causing concern for tight U.S. sugar supplies. Milling and Baking magazine publishes Midwest Beet sugar prices (FOB Refinery) that can be used as a benchmark price. These published prices have climbed from a low of $.26/lb. at the beginning of 2014 to the current price of $.37 to $.40/lb.

The U.S. onion supply is tight due to drought conditions in the Western regions. Imports from Mexico are also down. Demand remains firm, and with limited supplies prices are expected to increase as much as 10% to 12%.

Black Pepper
The world demand for black pepper currently exceeds supply. Supply has been fairly flat over the past few years, while demand has increased each year. And, as a result, prices have been continually rising for many months. Prices are not expected to decrease and may have plateaued with decreased buying activity at these high prices in addition to new crop availability from Indonesia and Brazil. Having said this, Vietnam black pepper prices have recently hit historical highs. The Vietnam ex-works price has risen 66% since the beginning of the crop year this past December 2013.

When you succeed, we succeed!!!   We are committed to having the resources and staff in place to provide the services you need

Chicago Is OUR Kind of Town! Looking ahead to 2022 IFT FIRST

OK, we’re not the late, great Frank Sinatra or even the Blues Brothers, but we are humming with excitement as IFT returns,